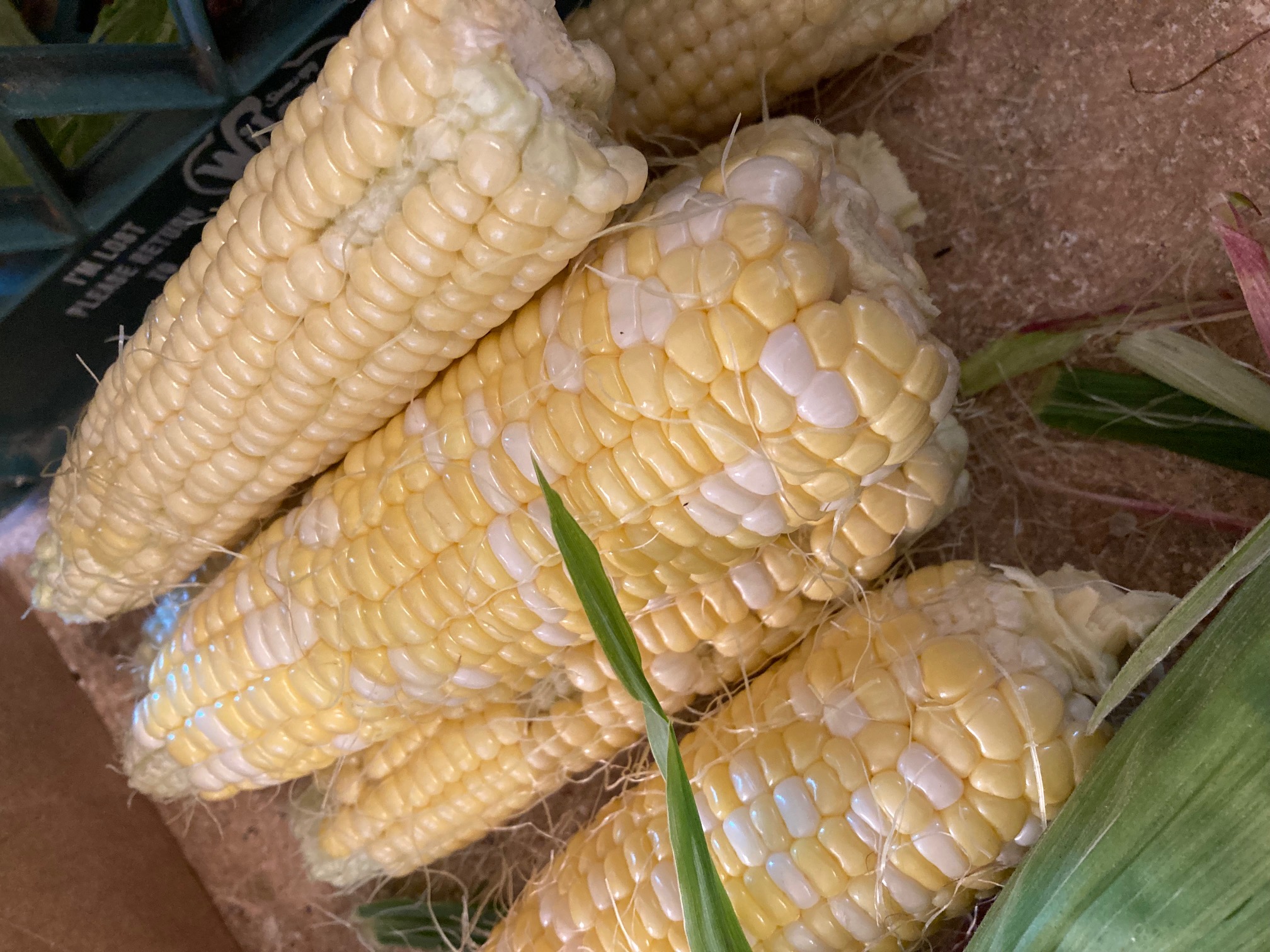 Holy harvest in a hand basket!

Yes, there is a lot more than normal (which is always a fair amount let me tell ya) going on around the farm. The National Weather Service trotted out a frost warning for Wednesday night (last night) a few days ago, and that sent me into farm girl overdrive.

Nothing's worse than getting to the peak of harvest than to lose all of your hard work to a sneaky little frost. That F word still gives me flashbacks to my most hated growing season, we had a blistering 62 days between frosts in 2008, blech!

Anyway, horrid Jack Frost shenanigans aside, I knew with the impending chance of frost that I had a ton of things to do. I have been picking corn, cucumbers, squash, jalapeno peppers, and never-ending tomatoes for the last few days.

Not that I am complaining, nay, I am stoked about all of the abundance, especially after such a tricky growing season. Our weather was bananas this year....okay, that might be every year, but this year I dealt with an excess of heat, and well, that was a new one for me. So, for the last 72 hours I have been doing, things. Every year I try to learn something new, and as I make a lot of my own teas and beauty products, this year I wanted to try to dry and save some of my corn silk. Yes, that pesky stuff that you fight with when you want to eat an ear of corn. It has all sorts of wonderful properties, and I wanted a little jar of it to call my very own.

Fun fact: there is a piece of corn silk for every kernel of corn!

While I was shucking the corn for blanching and freezing, I amassed a little stack of the best silk. I plucked the withered silk from the top of the ears and only saved the fine, unoxidized silk from inside the ear as I shucked them. 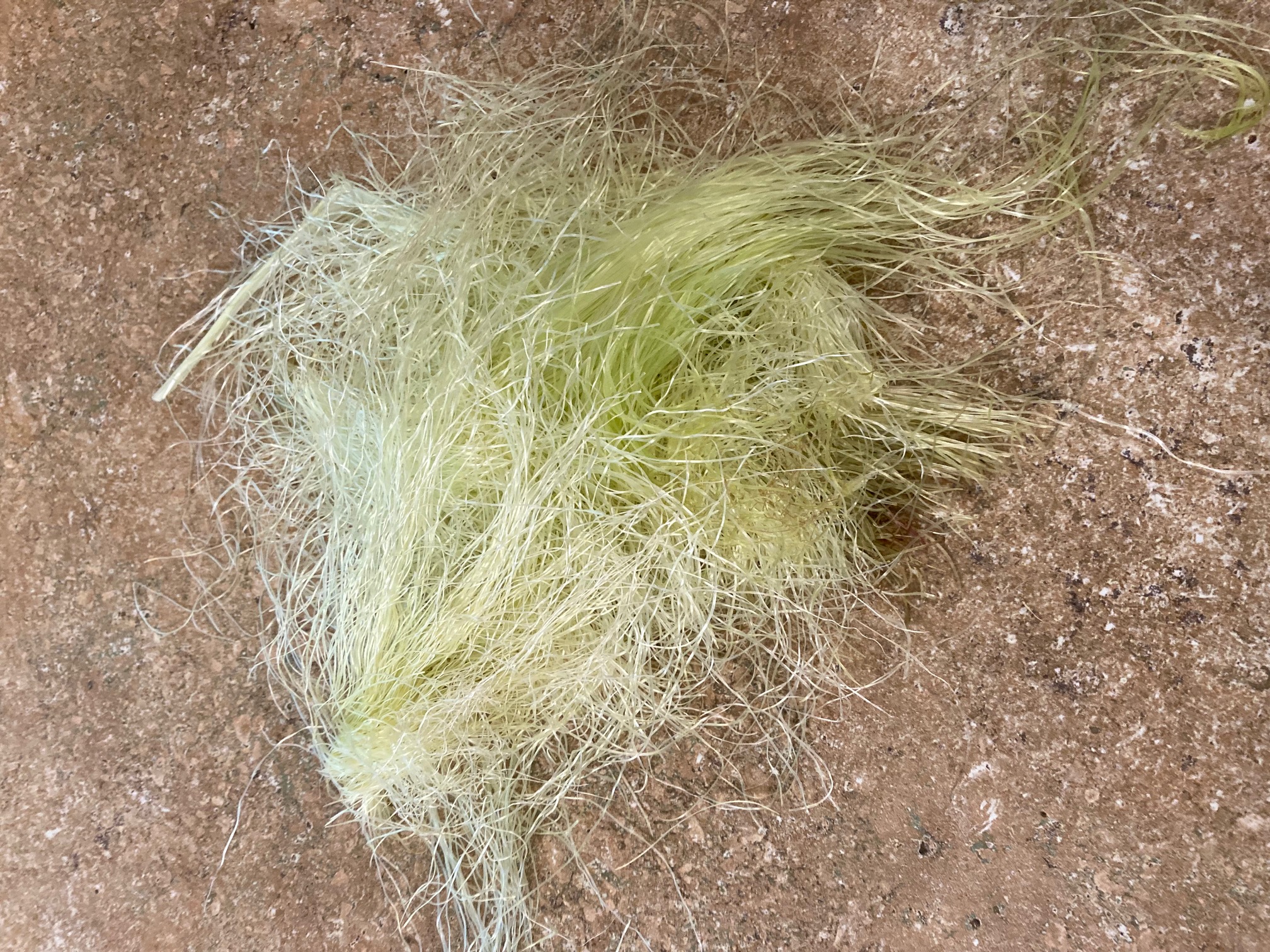 After processing all the corn, I got out my trusty stackable dehydrator and layered the silk on the trays, plugged in the dehydrator, and let it do its thing for about 24 hours. The following morning I shuffled the trays a bit because the bottom silk was drying a bit faster than the top, and later that day my silk was dry and I moved on to step two, the choppening.....

Okay, it was less nefarious than it sounds, I just tossed my dried silk into my food processor, gave the whole thing a whirl or two, and poured my ground, dried silk into a small mason jar for storage. We will get into experimentation with that item at a later date. After the corn silk it was time to experiment with something that fills my heart with joy every time I think about it, a device which I now refer to lovingly as the apparatus.

Anyone who has hand food milled any produce knows how much dang work it is. Often, before you even get to the milling part you have done a truck load of work anyway. Take tomatoes, you have to pick them, wash them, slip the skins by plunging them into boiling water and the dunking them into ice water, then you have to quarter them and process them or mill them or juice them, etc, ad nauseum.... 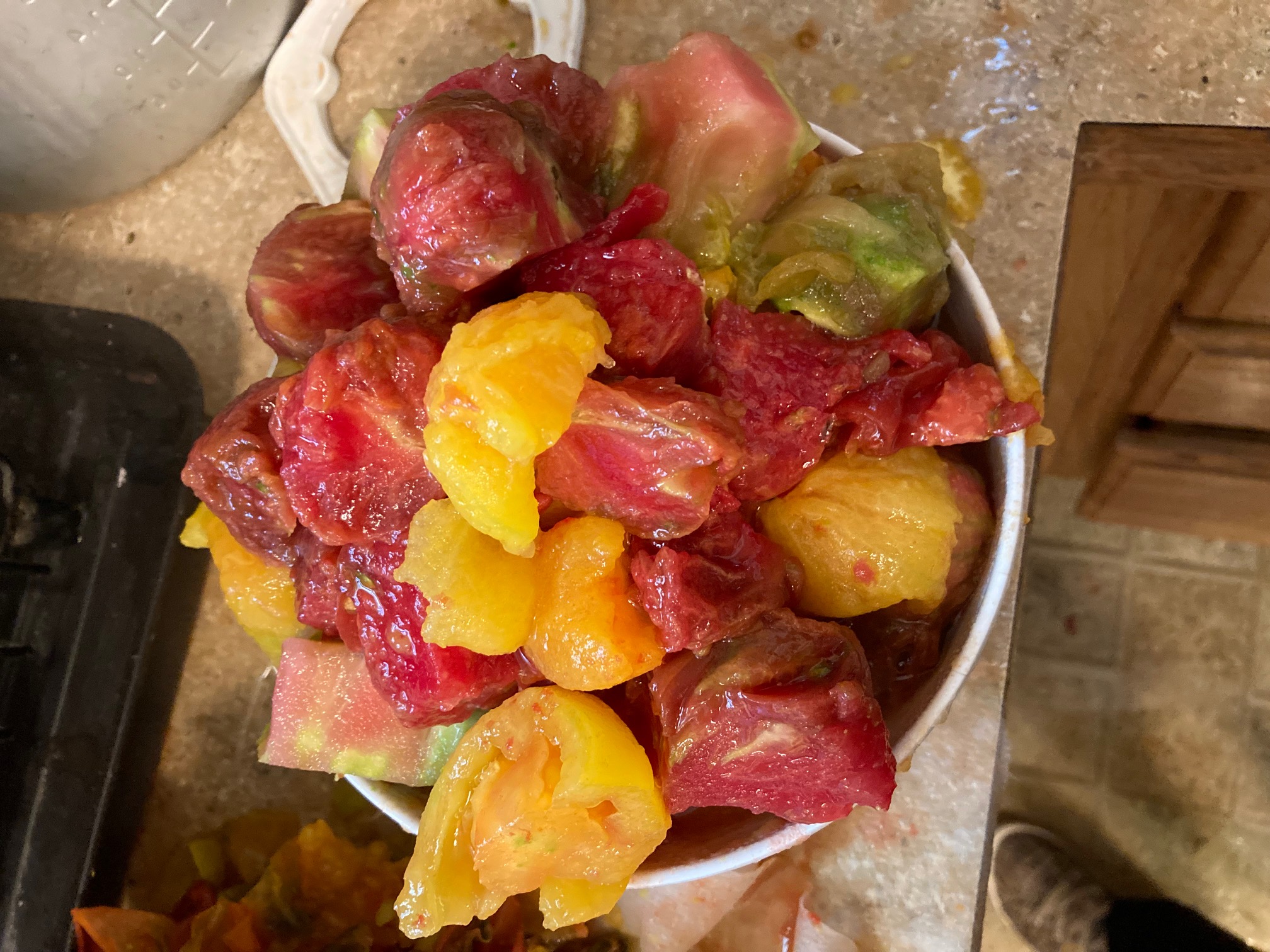 Well, I found some folks raving about a food grinder attachment for their stand mixer that said it helped them do 10 hours worth of grinding work in 1 hour. Could this be true? I mean, I was reading about it on the Internet, so.....

Well, after many years of really wanting the attachment and staring at horror at the 80 foot row of ripening tomatoes in my garden, I bit the bullet and ordered the attachment, this one to be exact. My friends, I love the grinder so, so much. I am exuding so much food milling joy right now that my non-sanctioned emotional support corgi is fidgeting from my obvious emotional emanations. This piece of kitchen gadgetry is beyond glorious! 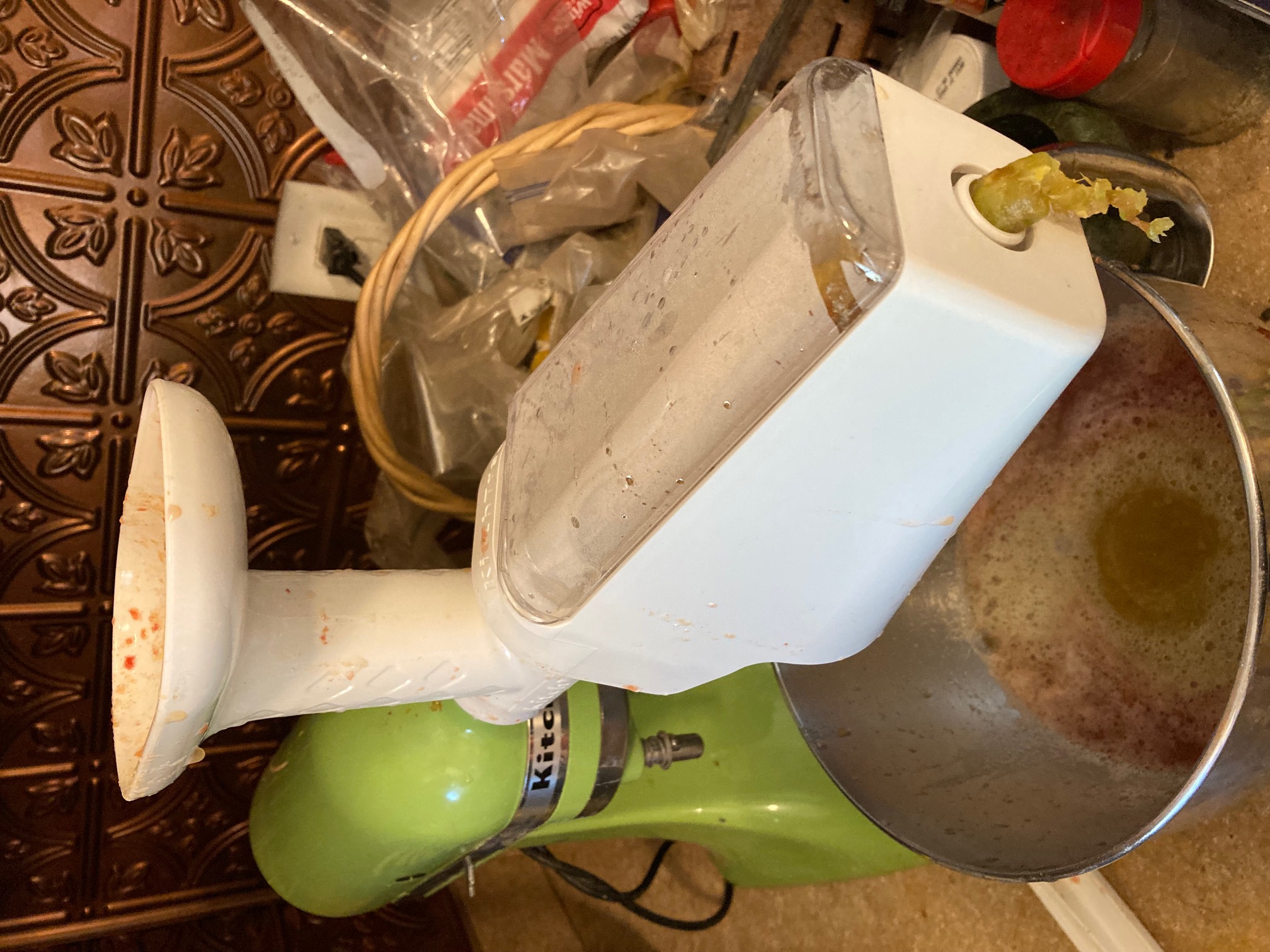 Here's why. Once you get to this stage of tomato processing, the skins are slipped, you have a soggy bowl of quartered tomato phase, you just attach your grinder to the front of the mixer (It's easy to put together and attach, believe me when I say this, I am dumb about such things), fire up the mixer to speed 4, and start plopping in tomato pieces. And look! It even goes to the bathroom on its own! I mean, to bypass infancy and potty training straight to functional adulthood is insane! 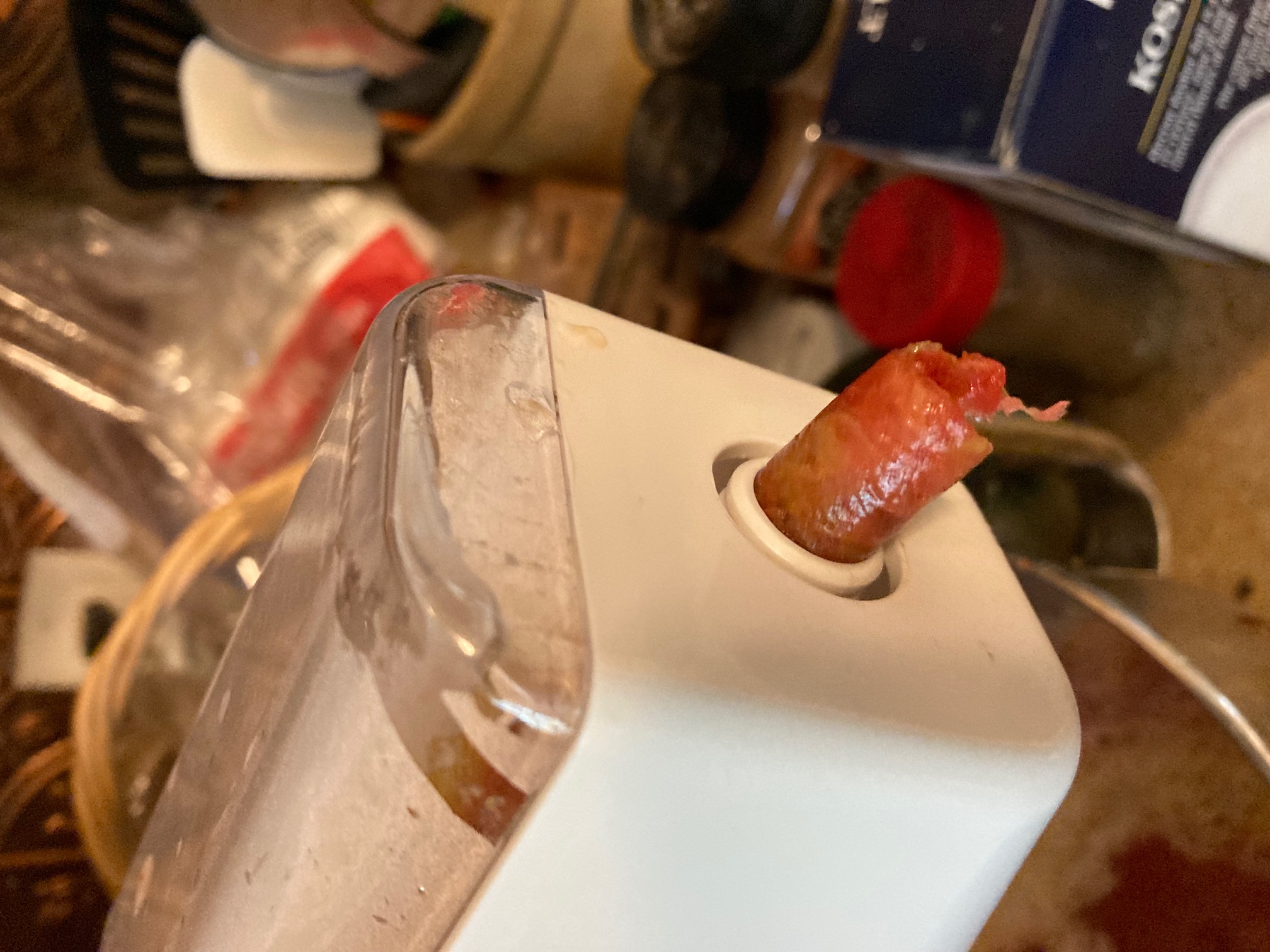 Sorry, been dealing with a lot of parenting lately, ignore previous outburst....

But honestly, In just a few minutes I had a bowl of glorious tomato juice goo. I plopped that goo into a pot, simmered it for a bit while I sterilized my canning jars, and before you could say preserve the harvest I had a few pints of tomato sauce processing. The speed at which I got to that pot really kicked me in the citric acid let me tell ya!

I love the grinder, and as I have a few billion tomatoes to process over the next few days, I think the apparatus and I will become lifelong friends. I like it so much that I don't even care that it has to be hand washed and isn't dishwasher safe. Who cares about that? I mean, I will have a ton of arm muscle energy left because I won't be hand cranking my foodmill for 32 hours this year. SQUEE!!! And on that note I better quit waxing ecstatic and get to work, I have raspberry and thornless blackberry plants to get in the ground. 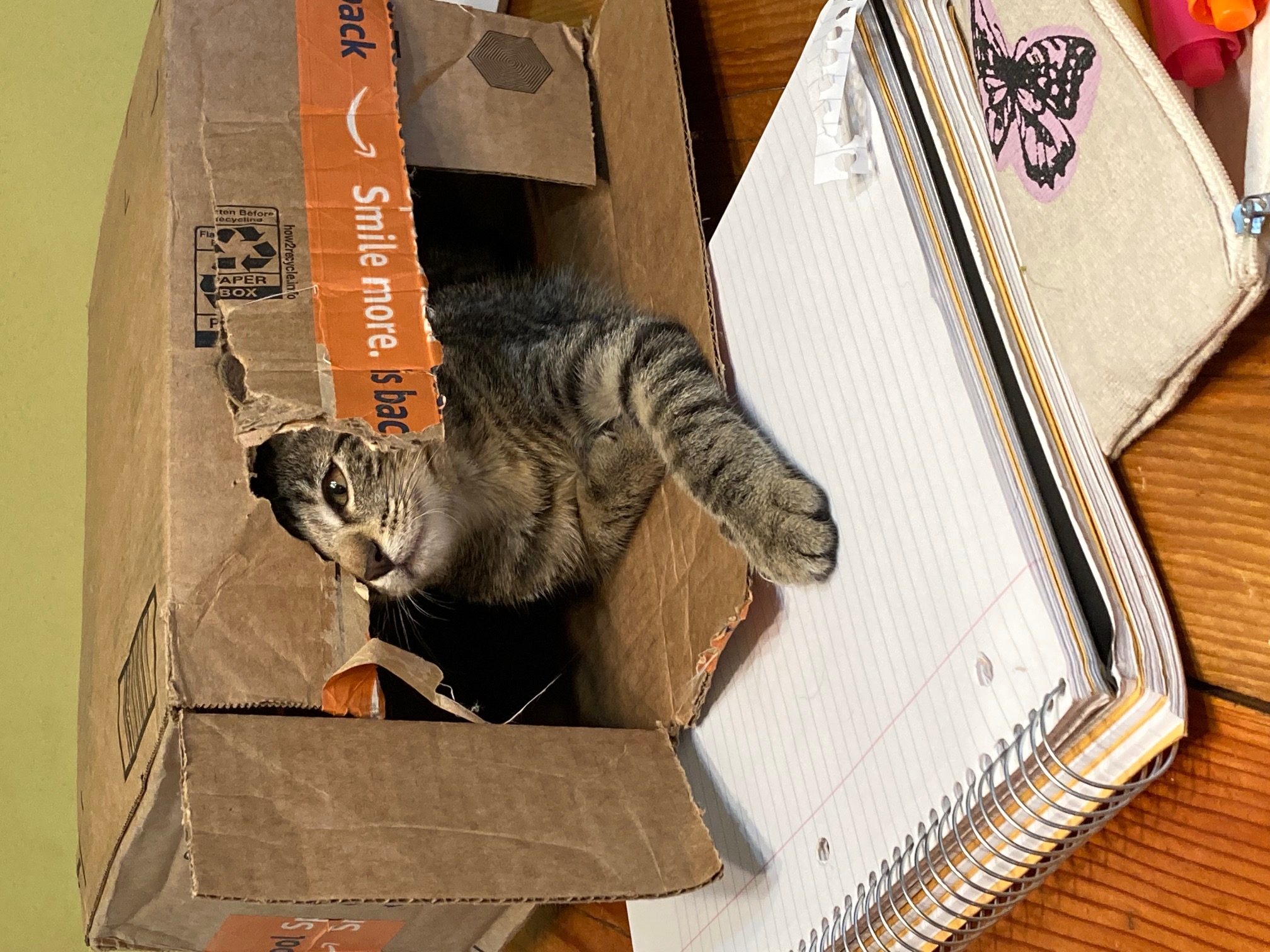 I will caption this is in youngin-speak: "Yaga is just so extra!"
And as most of the time, all of the images in this post were taken on the author's tomato juice splattered and totally untattered iPhone.
#homesteading #ecotrain #naturalmedicine #diy #food #farmlife
4 months ago in #hive-123046 by generikat
100%
-100%

I can't grow corn here so I am envious of everyone nearby that can. Yours look amazing!

We have the same attachment but I rarely use it, I probably should with the mass of tomatoes I have. Hmm, then I could fill the trays and run it through the freeze dryer.

Curious what you'll use the silk for.

Ooh, I’m so so curious to see what happens with milled tomatoes in the freeze dryer! I hope that becomes a thing lol!

I’ve got a few ideas up my sleeve for the silk, one involves a tub tea, and the other involves regular tea, I’ll get to it eventually....after harvest most likely.

I'll be freeze drying all our peppers this year. I have a bunch of bells and a plant of jalapeno and hungarian wax, but my prides this year are the ancho that have massive peppers and I so look forward to preserving.

It's hard to describe how liquids come out of the freeze dryer. It is fluffy, light, and it melts in the mouth. I'm sure the tomatoes will be the same.

Corn silk! I had no idea that's what it's called and it actually had a use. The things you learn on the internet. Cool kitteh!

I love corn silk, it’s great in tub tea, I’ll make a post about it soon, I promise!

I confess to utter laziness: I share all excess harvest with my neighbours and toss excess tomatoes in the deepfreeze. Love the cat pics!

That’s not lazy, that’s being efficient lol! There’s been years I’ve done the same thing, in fact, I just took a big bag of jalapeño peppers down to my neighbor lol!

And I’m glad you loved the purr pictures:)

Tomato processing...
With every post you drop, you drop a nugget and teach me something new.
Thank you for that. And thank you also for the goofy cat pics😁
Take care, dear friend.

Awe, you know how to brighten someone’s day my friend, thanks for that:)

And I’m a sucker for goofy cat pics too, there’s always a photo op around herewith my crazy crew lol!

Congratulations @generikat! You have completed the following achievement on the Hive blockchain and have been rewarded with new badge(s) :

I have come up for air and am reading a few Hive posts. I have this kind of mixer, and am very enthused about your report on this attachment! It looks like a vast improvement over the Foley food mill.

Rough weather. But am glad the corn harvest was good.

I never thought the corn silk has its importance, whoa the things we learn on the internet amaze me.

Thanks for sharing this ❤💯

I only recently learnt you could easy corn silk, so I now munch on it when harvesting. 😁 You've reminded me I should be planting some sweetcorn out; thank you. 💚 minismallholding

You've been curated by @gardenhive on behalf of the HIVE GARDEN COMMUNITY! We support gardening, homesteading, cannabis growers, permaculture and other garden related content. Delegations to the curation account, @gardenhive, are welcome! Find our community here!

I love my Squeezo! Amazing the amount of juice one gets from the skins and seeds I used to discard. Plus you don't have to blanch them anymore.

Next round of tomatoes is Tuesday, if all goes well...