Dog tired from homestead tasks over the last two days!

My Son is also homesteading on Keystone lake shores close to me. He has more dirt to move to get on site, so he decided to protect both our backs; and bought a Large used skid steer, that we can fix and use.

It is a beast; Significantly larger than the bobcat skid loader he first looked at, at about 3 times the size; at 6200 pounds!

This is an over 3 ton machine: She has a 50 horse power air cooled diesel, that has a significant hydraulic leak in a hose. The leak was Not so bad that we weren't able to load and unload the unit where we can repair it.

This is the first full rated load for my dual axle trailer: She tracked well on the road, in rush hour traffic of course!

I followed the trailer, because the taillights are out: I loaned this new trailer to a man from church, and he almost destroyed it! I have been rebuilding it for two years so far....

This trailer is a car carrier: We filled it up entirely with skid steer! This bucket is 5 foot 7 inches wide, so it will move some serious dirt; almost had to raise the bucket to load her up.

The clevis pins in the controls are worn: I will need to machine out half a dozen of these (without the worn steps, LOL) out of some 01 tool steel or drill rod. While I make these, my Son will pull all the hoses; because of one started leaking, the rest are close! He will replace the lines, while I rebuild the controls.

But she sounds strong on the diesel, and the hydraulic system is quick and quiet, in spite of the leaks.

We will build two driveways and a house foundation for him, and I'll use it to help with the wallipini greenhouse! I might even use it to level some land, and fill some raised beds the lazy way....

But she is purchased and moved (mainly my task since he was at work); and ready for some TLC repairs!

Nice chunk of equipment there! Would love something like that for moving dirt and snow! I will likely end up with more of a tractor sort with a backhoe on it though. Still a ways out for me.

The tractor we looked at was only 18 hp, and a little light for the dirt we need to move; but it would be perfect for snow! Add a box blade, and dirt could be moved pretty well. 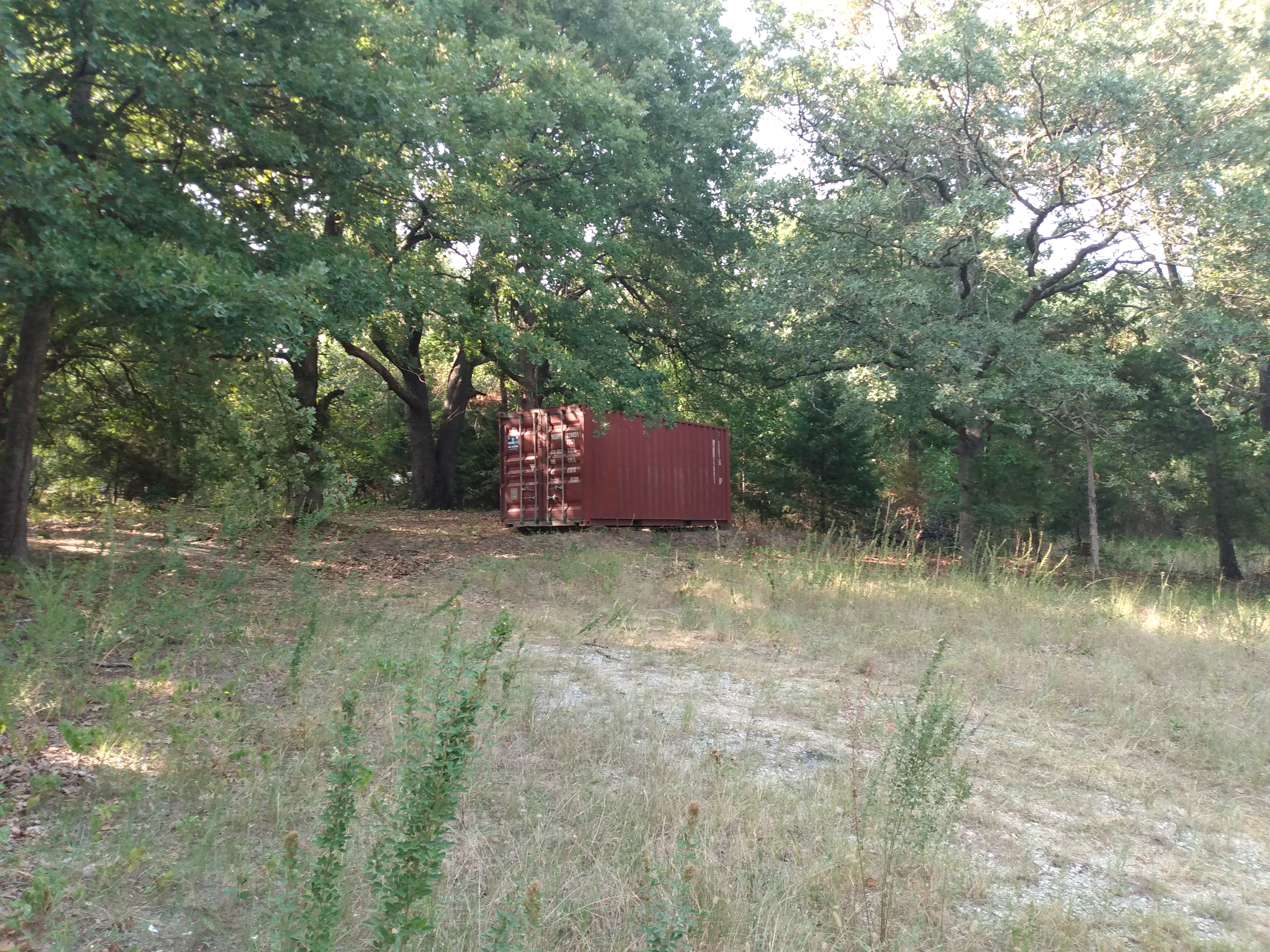 The pad for this container, was done in less than an hour; with a small, borrowed tractor and a box blade!

I need that for peak hour traffic...or an M1 Abrams.

Love be the Abrams idea! You could just go over the traffic...no waiting, crunch! She'll get some love first, then be very busy.
Doing a little tune up on a semi--auto bren gun (my spell check doesn't like 'bren gun', LOL 😆😁). It came out as 'been fun', but that's probably right too!

Keep on prepping, and I want 'baby' pictures of the Abrams, ROFLOL!

I recently went to the Southern Hemisphere's largest armoured vehicle and artillery museum...No M1 Abrams but some very cool things there. I'll do a post in the near future. They had equipment from the Soviet era, Canada, USA, UK, France, Australia, Germany, and more. My favorites were the German tanks, Tigers etc. Perfect for the run to work on Monday morning.

That would be great! There is a 45 infantry museum about a hundred miles away, that I need to get some pictures from. Lots of armor, and a wing for medal of honor winners; plus the only Confederate rifle not surrendered during the Civil War.

I need to take a day, and get some pictures. The armor is outside, and about 10 acres of pure steel!

A reasonable way to ride to work, and a great use of fuel ⛽👍😁💙 You can make your own express lane....

This one I went to a couple weeks ago is all under cover but they have a track outside. I also went to the Tank Museum in Bovington UK a few years back. Amazing. I love tanks.

Dang, now I have two more on my list of must See's!

One for your list....
https://45thdivisionmuseum.com/
Meanwhile, I'll get you some pictures!

Thanks mate, I'll take a look.

These guys did a video on their M-18 hellcat tank destroyer that was awesome! They restore their exhibits to full function, and run a parade every veterans day here.

Excellent! I am jealous! I just hired a guy to come level the ground for my pool and it cost me 100 bucks. I would LOVE to have an old skid steer around. If you can keep it running, you will not be sorry.